Baltimore County Police are investigating a fatal hit-and-run crash on Hammershire Road that happened on the afternoon of Thursday, May 8, 2020.

Police received a call shortly before 4 PM on Thursday reporting a person yelling in the street at Hammershire and Reisterstown Road.  A second call was received minutes later regarding a subject lying in the roadway at the same location.

Police have identified the victim as 67-year-old Williard Eugene Scram of the 900 block of Shirley Manor Road.  According to Baltimore County Police, the victim was lying next to the curb in the southbound lane when he was struck by a passenger vehicle that continued southbound on Hammershire Road and turned westbound onto Reisterstown Road.  Police suspect the victim may have been struck by an additional vehicle, causing him to be lying in the roadway when he was struck by the vehicle seen fleeing onto Reisterstown Road.  The victim was transported to Sinai Hospital where he later passed away.

Anyone who may have witnessed any of these events, or may have any additional information, is urged to contact police at 410-307-2020. The Baltimore County Police Crash Investigation Team is continuing to investigate this incident.

If you or a loved one were impacted in the fatal hit-and-run on May 8, contact the wrongful death and personal injury attorneys at Azrael Franz today.  We are here to help. 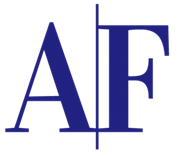