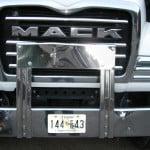 Technology Trumps the Honor System, But Are We Safer?

For years, the trucking industry has trusted and expected its truck drivers to report out-of-state convictions and traffic violations to the home state which issued their commercial driver’s licenses (CDLs).  However, a new rule from the Federal Motor Carrier Safety Administration (FMCSA) eliminated this reporting regulation and caused many to question which reporting method is better; trust or technology.

The rule, which became effective May 28th, 2013, amends the CDL rules to eliminate the need for drivers to notify their state Motor Vehicle Administration (MVA) of out-of-State traffic convictions as long as those convictions occur in States that have a certified CDL program in compliance with the FMCSA.

Advancements in technology have made it possible for MVAs to find any out-of-State violations without the need for CDL holders to report the incident.  In an industry heavy with regulation, many have publically agreed with the FMCSA that this new rule will reduce the regulatory burden on CDL holders and their state MVA by streamlining the reporting process and reducing paperwork and expenditures.

Others believe that the honor system may have been ripe for abuse by unscrupulous truckers who would routinely “forget” to report out-of-State incidents.  In that sense, many people are in favor of this new rule and are more trusting of the out-of-State licensing agency to report an incident than the truckers themselves.

However, State budget cuts may interfere with the reporting process just as much, if not more than the honor system.  It is not uncommon for violations to be reported inaccurately, to be delayed, or not reported at all.  As most citizens would agree, many state MVAs are far from the model of efficiency.  The FMCSA addressed this issue in a report stating that “if a state shows a continuing pattern of not being timely or sending inaccurate data that the FMCSA and the American Association of Motor Vehicles will work with the State to correct that deficiency.”  We can only hope so, and soon.

Lawyers, law enforcement, safety directors and insurers rely ever more on the ticketing state to report the offense to a driver’s home state and specifically the home state’s MVA.  This new regulation however raises questions about whether or not the FMCSA will have the resources to ensure State compliance and whether an unsuspecting public is safer under the new protocol or not.

For more information on this new rule, please refer to the full report from the FMCSA.  For any further questions, please call Azrael Franz Schwab & Lipowitz.  Our firm has decades of experience in trucking industry laws and regulations, and the consequences that occur when these laws and regulations are not effectively followed by the trucking industry or enforced by those agencies responsible for traffic safety.