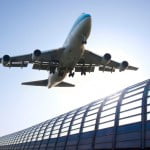 The victims’ rights lawyers at AFSL explain DOSHA and how it applies in airplane accidents.

The Death on the High Seas Act (DOSHA) was enacted in 1920 to help the widows of seamen who died in accidents at sea.

DOHSA was originally very restrictive.  Compensation was dependent on the salvage of the vessel.  The laws within DOSHA have been greatly expanded since 1920.

Today, DOSHA is less restrictive and now applies both to sea craft and commercial aircraft. However, its premise is the same.  It still allows victims’ families to file a wrongful death claim against a victim’s employer or the owner of the vessel for accidents that occur on the “high seas.”

One very tragic accident expanded both the distance limitation and the ability to collect compensation for “loss of care, comfort, and companionship.”

TWA Flight 800 exploded and crashed into the Atlantic shortly after take-off on July 17, 1996. All passengers were killed. During the litigation following the crash, TWA asked the court to apply DOSHA in order to limit compensation to purely financial losses since the crash occurred beyond the three nautical mile limit.  However, many of the passengers were children, whose parents could not effectively claim a financial loss from their tragic death.

The public outcry and media attention regarding airline safety prompted congress to amend DOSHA. By April 5, 2000, DOHSA permitted the collection of damages for loss of “consortium, care and companionship” for airline crashes that occur within twelve nautical miles of the US shore.  The DOSHA amendment also applied retroactively to airline crashes that occurred after July 16, 1996, thus allowing the families of TWA victims to recover compensation for their loss.

For more information regarding the Death on the High Seas Act, please contact  Keith Franz at AFSL.